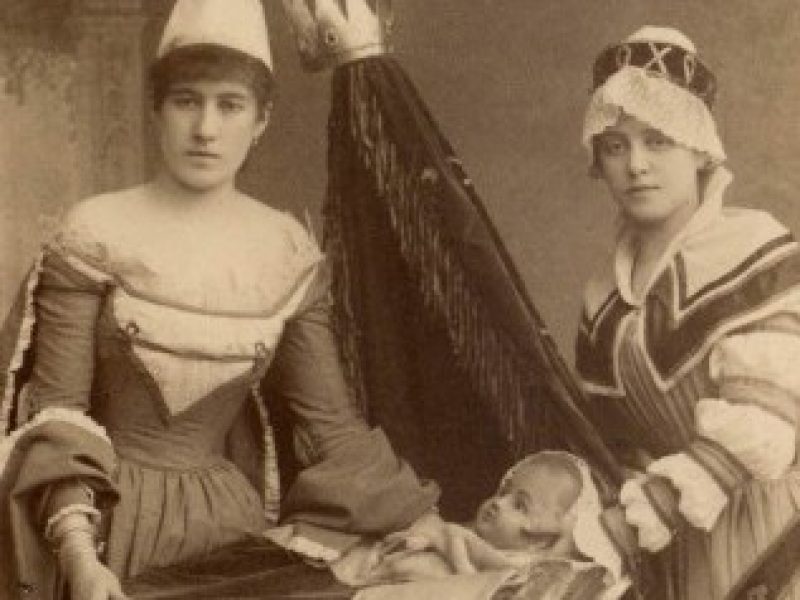 The new exhibition of the Theater Library of Saint Petersburg (RU) is dedicated to the first performance of The Sleeping Beauty in Saint Petersburg, in the Mariinsky Theater on 3 January, 1890.

Ivan Vsevolozhsky, the Director of Imperial Theaters, envisioned this performance, based on the story of Charles Perrault. He took part in the preparation of this ballet as librettist and costume designer. His main achievement was in uniting two ingenious contemporaries; the composer Pjotr Tchaikovsky and the ballet master Marius Petipa. 125 years passed from that day. Today we can’t imagine the history of Russian ballet without “The Sleeping Beauty”.

The Director of the Imperial Theaters had its own special photographer’s studio and used it for “The Sleeping Beauty”. Since 1919, the album with these photographs is kept in the Theater Library of Saint Petersburg, in the collection “The Mounting Library of the Imperial Theaters”. The unique photos are now presented in this format for the first time. It’s a wonderful chance to travel to the year 1890 and to imagine that first night of this iconic ballet.

From 1680 until 1791, only one theater troupe in Paris was allowed to perform the plays of Molière, Corneille, Racine, Voltaire, Beaumarchais, and every other French-language playwright. This troupe, the[…]

On Friday 20 November 2015 a dozen representatives of German museums, archives and libraries with theater collections met in the archives of the Berlin Academy of Arts for an extraordinary[…]