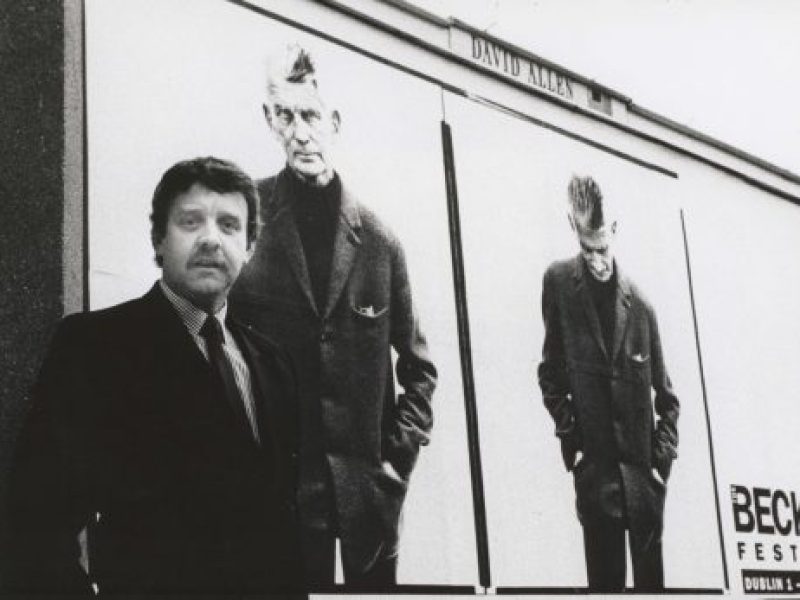 The Gate Theatre Digital Archive at NUI Galway is now available at the James Hardiman Library. Comprising 170,000 pages of manuscripts and printed materials, over 30,000 photos, over 600 hours of digitised video recordings and audio files, it is a vast resource for the study of one of Ireland’s leading theatres which amounts to over nine terabytes of data.

Founded in 1928 by Micheàl Mac Liammòir and Hilton Edwards, the Gate offered Irish audiences a new theatrical repertoire that was highly influenced by European modernist art and theatrical production styles. The Gate Theatre has been synonymous in the modern period with the works of major Irish playwrights such as Samuel Beckett, Brian Friel, and Conor McPherson, as well as international playwrights some of which include Harold Pinter and the American Arthur Miller. The Gate also continually ran productions of classics playwrights much as Oscar Wilde, Jane Austen, Charles Dickens and William Shakespeare.

The digitisation of the Gate Theatre Archive was carried out over a period of 18 months. The Gate Theatre Digital Archive adds to the other digital and manuscript collections held at the Hardiman Library, NUI Galway. The archive is also a centrepiece of the new European Gate Theatre Research Network, will included leading scholars and archivists from across the continent. Major conferences, exhibitions and publications will be forthcoming ensuring the place of the Gate’s history and achievements become known to audience and researchers.

Madness, Monsters, Mayhem As days grow shorter, the McNay Art Museum explores what happens when the house goes dark. From its origins in sacred ritual, theatre[…]

Publication: Poetics and Politics of Repertories

Exhibition: Behind the Words – The Actress Gisela Stein