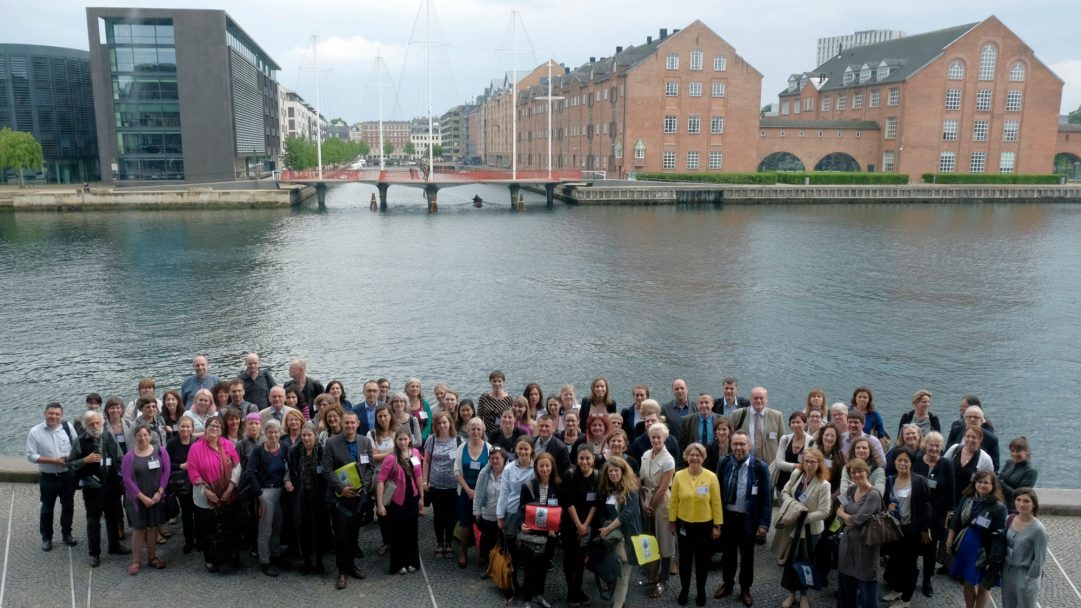 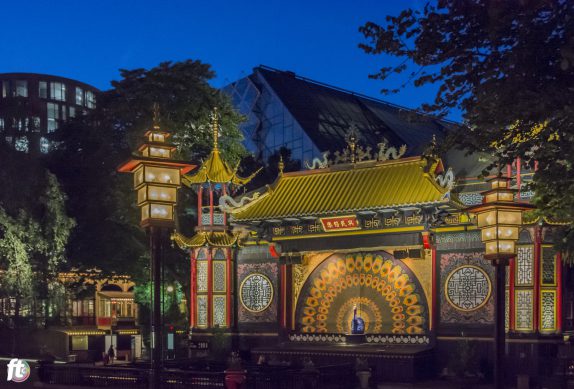 An artic wind blew into Copenhagen in June 2016. Frozen Librarians were found huddled over catalogue terminals, archivists wrapped themselves in sheets of Acetate to keep warm and curators wore their best fur coats and ordered large cognacs in cafes. No, this was not unseasonably summer weather (Some Danes may disagree and say it was very seasonal weather for Denmark). It was in fact a gathering of performance Librarians, Archivists and Curators and their camp followers. SIBMAS professionals had come to the fairy-tale capital of Denmark, a country that may be small but has a big idea for itself in the world, for – of course – the SIBMAS Congress 2016.

The theme of this conference was ‘FREEZE!’ Not an artic freeze so ignore my artic metaphor, but instead it was a frozen moment in time, a moment of soul-searching for us as librarians, archivists, researchers and museum keepers. How do we – and others – actually perceive our collections and our professional endeavors? How can we best contribute to contemporary society, consider posterity and the future needs of performing arts and artists – while at the same time remaining aware of our obligations to our cultural heritage? It was a big question and at its root there was a kind of idea about going back to basics, looking at what we do and how we connect with our users, whoever they might be. Not at all a bad topic for a conference, it allowed a broad spectrum of papers and attracted also a good cross section of people working in our own specialist fields, academia and in the performance profession itself.

Each conference of SIBMAS has a character of all its own. Some meetings are more formal, some more easygoing, some more workman like and others are more free formed in character and fun. Copenhagen was I think a conference with fun at its heart. At the core of the overall feeling of any SIBMAS conference is the host. SIBMAS was very lucky to have at the helm of the Copenhagen event Alette Scavenius (and her team), the Theatre Librarian of the Royal Library. She not only brought a formidable ability to organize events, great local contacts and imagination but also brought a real passion for Danish Theatre, Dance and Performance. She really wanted to show Danish performance art at its best. She also had a great sense of fun and key to any successful conference is that feeling of enjoyment. It may be work but it does not have to feel like it for all of the day.

Over the years I have watched SIBMAS conferences develop from relatively modest events to being larger, quite complex and challenging occasions to organize. It is of course not the Olympics but the amount of work that it takes to make a great experience should not be underestimated. What Alette and her team brought to the evolution of the SIBMAS conferences was the introduction of performance art papers, where a paper had a performance element built in.   This may not be new for other organisations but for SIBMAS it was a new and an exciting development. I think it is important for SIBMAS professionals not to be too distant for the concept of performance in all its forms, having such presentations helps us connect. It was great to see delegates get into the performance swing of the paper by what can only be described as a crab walk or rather “Suriashi walking” in a long snake around the main foyer of the Royal Library, to the amusement of the everyday readers in the library. Ami Skanbergh Dahlstedt gave a delightful paper which in part mixed ideas around archiving the thoughts of the performers of the walk, there was more to it than that but it was for me one of my favorite memories of the conference, seeing my colleagues move and perform.  Alette Scavenius herself along with a performance artist gave a paper that included a performance aspect in the garden of the library underneath? What else a statute of Kierkegaard! Maybe the greatest Danish thinker there is. Happily this paper’s impact was not dampened by the heavy almost Scottish style rain. It did give delegates a chance to sport their free raincoat which came as part of the delegate bag.

The Copenhagen conference also had parallel sessions happening, this gave me and other delegates the feeling of having a crisis at times! What to choose? “Exhibitions and engagement – educational processes” by Rosemary Kostic Cisneros or “Artistic projects as mediators between memories & collection” by Daniela Salazar? Choices, choices! I want to see it all. Shall I see this paper on or shall I do X? Or shall I try and float between papers? (Never a good idea). The thing about parallel sessions is you kind of feel you have seen only a part of the conference but it is a more relaxing way attend a conference, you do not have to see it all. With a good cross section of papers it does work, it allows the different professional elements that make up SIBMAS to have their own space to debate and hear information that relates to their own working environments and concerns. But what I miss about seeing everything is the “surprise” element, the abstract that looks not so interesting on paper is in fact fascinating and very relevant to your work in some form.

The conference also had a decent selection of keynote speaker, which included from the USA Dr. Katherine Mezur, who is an expert on Japanese dance theatre and traditional Asian performance. Her paper looked at different forms of immaterial heritage and how it can be studied using theatre archives. She was the first American keynote speaker in a long while, I think. From Denmark the very hip (Bobo) Mads Thygesen gave a paper on his views on teaching an actor / theatre professional Danish style, as he’s the new “get up and go” Principal of the Danish National School of Performing Arts. My favorite keynote was by Mark Fleishman, Professor of drama at the University of Cape Town. (Now there’s a good idea for a conference venue!) It was one of those papers that put your brain into thinking mode and you took away ideas that stayed with you. He looked at the body in/and the archive. Where he took a postcolonial, dramaturgical approach to remembering.

Particularly successful were the Exhibition papers roundtables. This was like a “speed date” version of the conference, people had 10mins to pitch a project or an innovation in what they were doing in their workplace. This section is great for people who do not want to do a full paper but have something to share. For me the memorable contribution were from Brooklyn Academy of Music and Sharon Lehner on her work on building a digital archive and Jo Elsworth from Bristol University looking at IDEASpace and new ways of looking at using theatre collections in a university museum context.

Often remarked upon by the odd delegate who has escaped other larger academic theatre/ Performances associations to attend a SIBMAS congress is the manageable size of conference and the friendliness of the event. Most conferences are around 100 people, large enough not to feel lost and small enough to feel inclusive. SIBMAS delegates are very friendly, there is also a very definable common bond among delegates who are managing collections. There is also a love of performance that unites us a group of professionals. But also on top of that there’s a passion for cultural heritage and its preservation.

The social events were very memorable, if you as a SIBMAS member missed Copenhagen, it was your loss to see our esteemed President Jan perform (it was a forced performance, it must be said) with female opera singers on the stage of the Court Theatre. This event crowned the first evening which included a wonderful dinner and cabaret in the grand Court Theatre and Theatre Museum. The following evening members where returned to the mental state of being almost children with the wonder of the Tivoli gardens at night and the visit to the chinoiserie style Pantomime theatre. This was real theatre history in performance, complete with Pierrot and Pierrette and one of the oldest continuing theatre companies in Europe. On our excursion day which included a boat trip on the canals delegates had the options of visiting the Opera House, National Theatre and the Royal Theatre. I opted for the “vaudeville” tour visiting a small stage and a variety museum on the edge of the city. These tours are like gold dust or sunshine in Scotland, rare opportunities to have a unique experience and really learn something new, and something enriching of the theatre culture you are visiting.

The Copenhagen congress success was due in part to the wonderful location of the conference in the Royal Library. Nicknamed the Black Diamond, a large diamond shaped building set on the harbour waterfront and attached to the Danish Parliament on the other side. The building was truly impressive and gave the conference that very important sense of being an occasion that is a little bit special. Impressive the building is, like Denmark itself it was surprising compact and quick to get around as a delegate.

One great aspect of the conference were the growing numbers of North American delegates. Canadians have always played a part in SIBMAS but Americans (with a few notable exceptions) have been thin of the ground. I’m pleased to say that the New York conference held with Theatre Library Association in 2014, has reversed this trend.

I know professionals in all our different forms got a great deal from Copenhagen and our President got a new career as an opera singer! I personally came away from the conference with new ideas, new contacts and renewed energy to develop what I do with the Royal Conservatoire of Scotland’s Drama, Dance, Production and Screen collections – the thaw after the Freeze was very worthwhile and Copenhagen was Wonderful, what else could it have been.