Conference: A. P. Chekhov and the literary-theatrical life of Saint-Petersburg 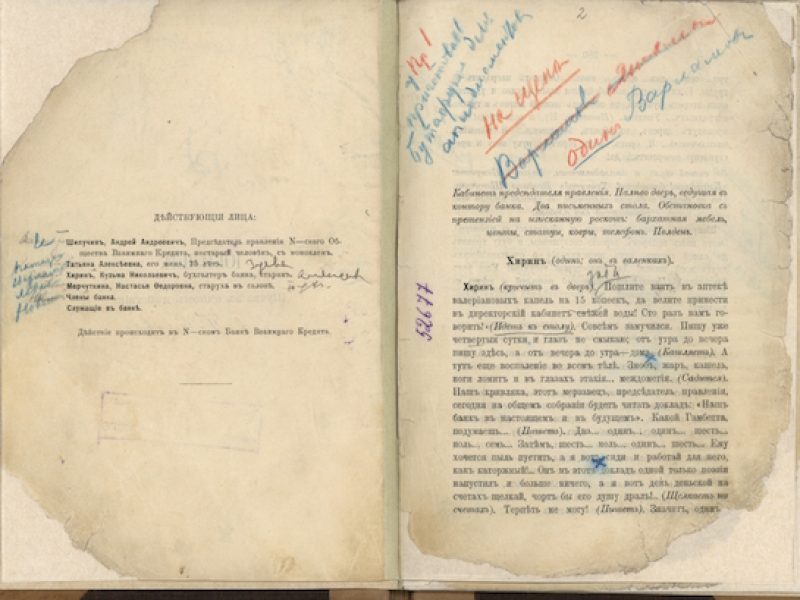 The scientific conference «A. P. Chekhov and the literary-theatrical life of Saint-Petersburg» has been held in Saint-Petersburg, Russia (on November 1-2, 2017, State Theater Library, Architect Rossi street, 2). The conference has been organized by Russian State Institute of performing arts, Russian State Academic A. S. Pushkin Drama Theatre (Alexandrinsky Theatre), Chekhov Commission at Scientific Council «History of world culture» of the Russian Academy of Sciences and St. Petersburg State Theatre library.
A great place in the conference program took place reports, devoted to the Chekhov`s heritage. The Chekhov Collection holds over 2,000 printed and handwritten documents. Handwritten copies of Chekhov’s pieces are mostly working copies with numerous censorship notes. The directors’ and prompters’ working copies contain all kinds of notes, comments, and mise-en-scenes sketches.

Once upon a time… “Sleeping Beauty”, “Beauty and the Beast”, “Cinderella”, “Donkeyskin”, “Riquet with the Tuft”, “The Nutcracker”, “Hansel and Gretel”, “Alice in Wonderland”, “L’Enfant et[…]