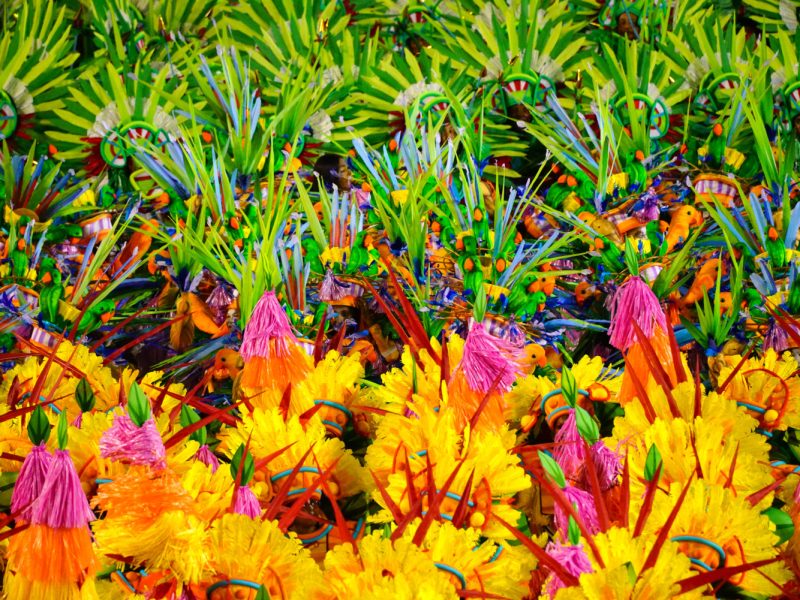 A new exhibition at the CNCS (Moulins, France).

Feathers, sequins, colourful costumes, glorified bodies… the Rio carnival immediately conjures up images of populations exalted to the rhythm of the samba. But far from these stereotypes, this huge popular festival is a national phenomenon that has its origins in the history of Brazil and its cultural mix.

For its new exhibition, the National Centre for Stage Costume invites parades and popular parades into its spaces and proposes a discovery of this unique cultural event, through more than 120 costumes of carnival workers, Samba Schools, costume makers and workshops, all from Rio. It is organized in partnership with Incentivo Brasil, LIESA (Independent League of Samba Schools), Riotur (Rio’s tourist office) and the city of Rio.