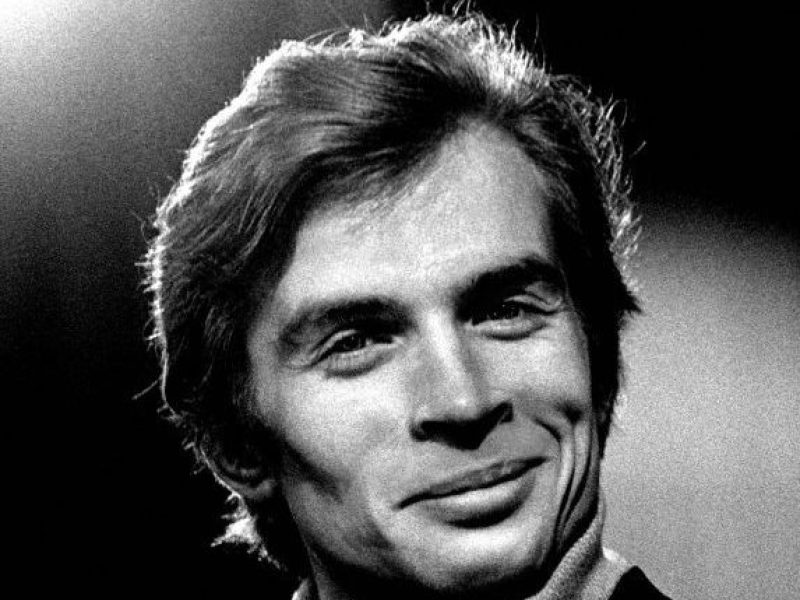 Until June 2018 the Victoria and Albert Museum is presenting a free display in its Theatre and Performance Gallery celebrating the career of British photographer Anthony Crickmay. It serves as a retrospective in the year of his 80th birthday and covers the breadth of his work in theatre, opera and music, portraiture including images of the Royal family, fashion and his life in Morocco where he has had a second home since 1975. Inevitable his dance photography forms a substantial part of the display for which Crickmay has scanned his original negatives and reprinted the images.

Portraiture was Crickmay’s starting point as a photographer having served an apprenticeship with Viennese-born photographer Lotte Meitner-Graf. He has a rare ability to calm a reluctant sitter so that the resulting portrait portrays their true, unguarded personality. He has the skill to look beneath the surface to catch the melancholy behind the smile, and to reveal the complexities of each subject’s character. He has photographed celebrities from the worlds of theatre, sport and fashion and is particularly proud of his photographs of Her Majesty Queen Elizabeth The Queen Mother.

Crickmay’s first venture into the world of theatre photography was at a public dress rehearsal at Covent Garden of an opera at which photographers were invited record the production for the theatre. He had been introduced to the press office at the Royal Opera House, London, by the distinguished pianist Ivor Newton, and he recalls attending the rehearsal for Franco Zeffirelli’s Cavalleria rusticana starring Victoria de los Angeles. The director and the press office were delighted with Crickmay’s work and he was invited to return. He caught the spirit of operas at Covent Garden and Glyndebourne, and for English National Opera and other companies. Both his opera and theatre photography focused of the 1960s and ’70s Crickmay. He shot productions at the Royal Court Theatre including Luther starring Albert Finney and Alec Guiness’s Macbeth, as well as several plays in the 1961/62 season at the Old Vic, and a range of West End productions. Between 1967 and 1977 Crickmay was one of the photographers regularly employed by the National Theatre at the Old Vic and on the South Bank. As production photographer, commissioned to record both rehearsals and productions, he created memorable images of plays such as Peter Hall’s first staging of Harold Pinter’s No Man’s Land.

The start of Crickmay’s career as a photographer of dance coincided with Rudolf Nureyev’s defection and he photographed his full career in the West. He also took powerful images of Martha Graham and documented the existence of London Contemporary Dance Theatre. A turning point was working photographing ballerina Lynn Seymour which led to some of Crickmay’s most striking images encapsulating his desire to reveal rather than freeze movement. After a formal photoshoot to advertise Kenneth MacMillan’s Anastasia, Crickmay asked Seymour to dance the scene in which Anna Anderson believes she is the last Tsar’s daughter. As Julie Kavanagh wrote in Dancing Times in September 1972 ‘The pictures are so alive you expect to see Seymour whirl on to the next movement or dance right out of the photograph.’

An International Dimension The Shakespeare Birthplace Trust (SBT) holds the archive of the acclaimed theatre director Michael Bogdanov. The collection (reference GL22) consists of over 2 cubic[…]

120 years of creations Pursuing the strategy of digitizing and disseminating collections from its Library|Archive, the National Theatre Dona Maria II will soon launch its Collection of Posters[…]

10,000 objects now completely accessible online Just in time for the start of the European Heritage Year 2018, the Collection of Theatre Architecture of the Technical University Berlin is[…]

Goethe’s drama on the stage Who – where – what – three questions for everyone planning to stage Faust. Who is playing the principal[…]