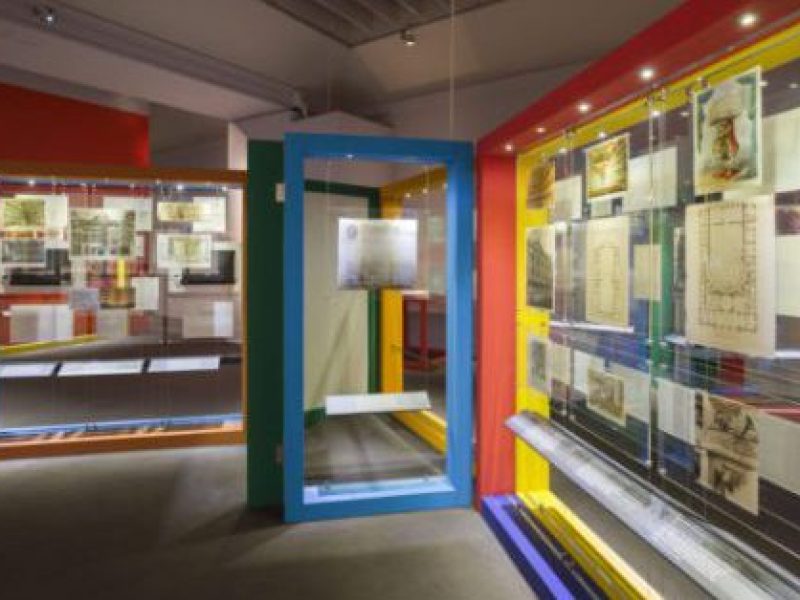 Six theatre museums from six different European countries have jointly created a touring exhibition that is on display from 2015 to 2017 in Warsaw, Copenhagen, Vienna, Munich, Ljubljana, Hanau, and London. With more than 250 exhibits, the exhibition illustrates how the history of Europe from antiquity to the present is mirrored in the performances and the theatre buildings of the different eras. Battles or political powerplays are not the focus, but rather the mutual influences across all borders and the development of society – elements that have shaped Europe and continue to shape it.

In a colourful design, reminiscent of the colours in the flags of European countries, the exhibition presents nine topical chapters, entitled:

The exhibition aims to inspire the visitor and invite him to connect the past and present on display with the possible future. And obviously, topics like “Changing Society”, “Religious Impact”, “Democracy”, etc. are immediately relevant today and in our future.
It is the first time that such a group of museums has created an exhibition as a team, each proposing well-chosen exhibits from its own and other collection(s) and discussing all proposals with the colleagues from the partner museums. The result is a panorama of European theatre collections.
As the display arrives at the museum, the Victoria & Albert will take the opportunity to celebrate some of the European objects in its theatre and performance collections. Alongside adding key pieces such as a pair of Ballets Russes costumes to the display, and film content bringing the discussion of theatre in Europe up to date, there is also a family-friendly trail to keep younger visitors engaged as they explore the rest of the Theatre and Performance galleries.

The History of Europe – Told by its Theatres
An exhibition organised by Perspectiv – The Association of Historic Theatres in Europe
Until 3 September 2017
Victoria & Albert Museum (London, UK)

Questions, Performances and Debates The Revue d’Histoire du théâtre celebrates its 70th birthday in 2018. On this occasion, the Société d’Histoire[…]