Exhibition: Behind the Words – The Actress Gisela Stein 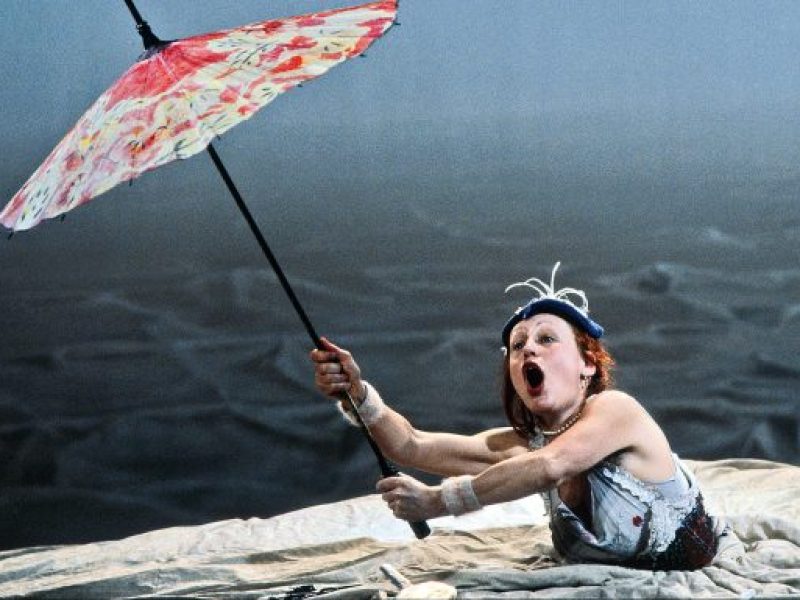 A passionate interpret of the German stage

Gisela Stein (1934-2009) was the famous interpreter of many classical and modern roles on the greatest German stages such as the Staatliche Schauspielbühnen (Berlin) and, later, the Munich Kammerspiele and the Bavarian Staatsschauspiel (both in Munich). In Munich, she joined an incomparable working symbiosis with the director – and later intendant – Dieter Dorn and the members of his legendary ensemble – which included Helmut Griem, Rolf Boysen, Peter Lühr, Thomas Holtzmann and Cornelia Froboess.
This major actress used to delve into ancient and contemporary texts to offer new thoughts and images. This voluntary yet disciplined passion allowed her to achieve the unimaginable: following a serious car accident, the consequences of which engaged her in a lifelong health battle, she returned to the stage only one year later.
The exhibition conceived by the Deutsches TheaterMuseum evokes memories of this great interpreter of roles with a large number of photographs, costumes and cinematic production excerpts. Recollections of her artistic companions as well as Gisela Stein’s own observations in correspondence, diaries and interviews document in words and writing the life’s work of a personality which ultimately came to epitomize the acting profession.

Behind the Words – The actress Gisela Stein
An exhibition by Birgit Pargner
Until 15 October 2017
Deutsches Theatremuseum (Munich, DE)

Animal Stage Costumes Theatre costume is an important element of the theatre image. It helps the actor to express the character’s appearance and to[…]

Exhibition: Museum of the Arts of Puppetry, A Reinvented Museum

The first three rooms of the new exhibition display are now open. In France, the Musée des Arts de la Marionnette is the only[…]